Entertaining and educational one-of-a-kind exhibition for the entire family –experience history through the eyes of an FBI agent!

In 1906, President Teddy Roosevelt and his Attorney General Charles Bonaparte agreed that the federal government needed to prevent corruption in American society. It was widespread and out of hand. General Bonaparte put together a small investigative group. In 1909, under President Taft, the group was named the Bureau of Investigation, a name that remained until officially being renamed the Federal Bureau of Investigation in 1935.

Now, in a worldwide premiere, come see FBI: From Al Capone to Al Qaeda at the Ronald Reagan Presidential Library and Museum – a brand-new 11,000 square foot exhibition which covers the history of the storied agency from inception to its modern day efforts to fight domestic terrorism in the United States. This is the first time that many of these remarkable, historic artifacts and criminal evidence have been on public display together.

The exhibition will include:

Read more here for details and to purchase tickets
https://www.reaganfoundation.org/library-museum/special-exhibits/fbi/ 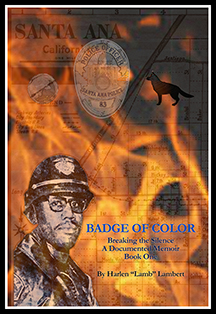